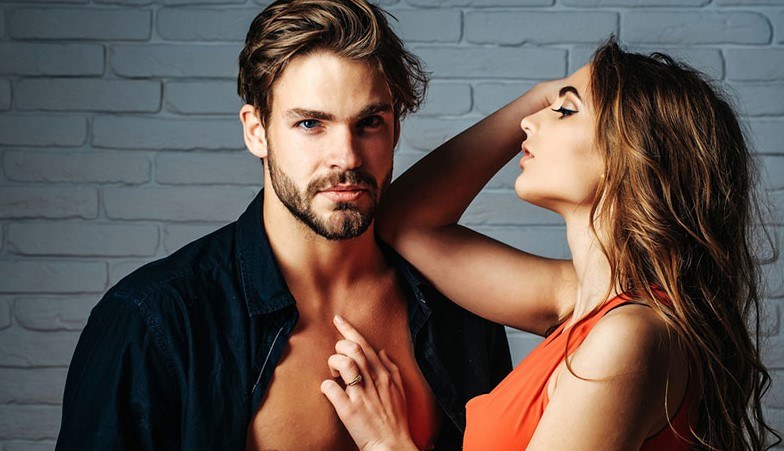 If you want to make it big in the world of women, you have to pay extreme attention to detail.

Unwillingness to pick up the subtle signs of female body language may lead to repeated turn-downs.

Most of these signs aren’t blatantly clear. You have to root them out through careful observation.
The task of finding out if a girl is really into you is not that easy.

Guys have a knack for misconstruing a girl’s intentions. These misinterpretations have destroyed several friendships that had the potential to turn into romantic relationships.

A slight slip of mind is all it takes to lose a girl in these times.
In this article, we have taken it upon ourselves to reveal the dark secrets of the female body language to help you guys out.

The Female Body language Signs, You Should look out for

Psychology has time and again stated that if a girl makes a habit of repeating these behaviours while interacting with you, she’s romantically invested in you.

She plays with her hair

Have you noticed that while she’s talking to you, she’s always fiddling with her hair? Sometimes, she’s twirling them, and occasionally, she’s gently stroking them. She does that, so you keep your eyes on her and not on the surroundings.

Sometimes, this behaviour has a negative connotation as well. She might be extremely bored, and this might be her way of signalling you to stir things up a little bit.

Giggling is one-way girls tell you that they’re uplifting and fun to hang out with. When a girl continually laughs at your jokes, there’s a high chance she’s into you.

She Blushes a lot

Okay, everyone knows what blushing signifies. In this age of confident women, rarely do you meet a woman who blushes when she’s shy or embarrassed. Mostly, women blush when they have the hots for a guy.

Their flushed cheeks are another indicator of their romantic interest.

She smiles while showing her arching back

Women have their ways of seducing men. One of these is by smiling while looking back at you, so you get a clear sight of her seductive back, hips, and legs.

You will of often see women wearing this sexy look in fashion magazines.

She uses her lips to titillate you

Psychologists say that there are numerous ways a girl deploys her lips to grab the attention of a guy she’s interested in.

One widely used tactic is putting on lipstick slowly and seductively as if she’s outlining the edges of her lip. Some girls eat food slowly to arouse a guy.

The slow banana eating trick is no secret to men.

If she’s sexily sucking on a straw or taking her time eating a strawberry, she’s imploring you to make your move.

She breathes heavily when she’s around you

A girl who is around her crush will act nervous, that’s a given. One way to figure out if she’s nervous is by moving close to her and noticing her breathing.

If it’s noticeably louder than usual, she’s secretly in love with you. Your luck sucks if the time you choose to check her breathing patterns is when she’s having an anxiety attack.