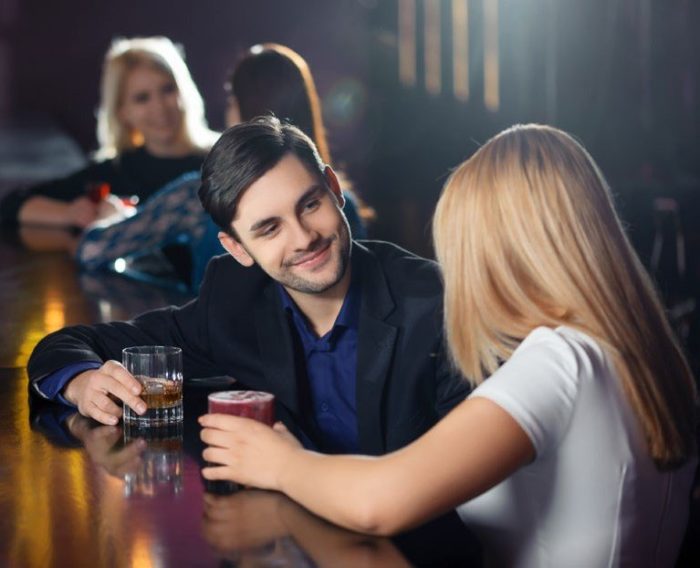 Most men are complete dumbasses when it comes to interpreting the secret “female language”. They think that a girl who doesn’t interact with them on a frequent basis is genuinely not interested.

It’s not that simple. Nothing is when it comes to women. Accepting this fact is the first step to deciphering the come-ons and subtle signals of female interest.

Several studies show that a man’s brain is wired to miss female cues. A study published by NIMH stated that 70% of men misinterpreted romantic signals as invitations for friendship.

Stop acting like a know-it-all and pay heed to the crucial cues we’re going to mention in this article. Missing these nuanced signals is one the leading causes of rejection. Your inability to read the female lingo confuses women, which eventually compels them to turn you down.

If she can’t take her eyes off you, when you’re cracking jokes or merely conversing, then there’s a big chance that she’s into you. Women typically don’t pay attention to someone who they are not interested in.

Girls are always finding an opportunity to get close to their crushes. In crowded places, such as bars or clubs, they are likely to bump into you “accidentally”.

Also, girls like to be approached. They don’t like to initiate a conversation even if they want to. So, if a girl stands next to you in a bar, she’s may be asking you to start talking to her. And trust me; you don’t want this opportunity to slip by.

Dancing Alone to grab your Attention

If she’s dancing alone at a party, she’s probably looking for someone to dance alongside her. Being her dance partner will increase your chances of finding out if she wants a romantic relationship with you. It can also be one of the stepping stones to a hookup.

It’s no secret that woman employ dancing as a secret tool to draw attention. Sure, dancing doesn’t always imply this, but many times it does.
The Feet give it away

Okay, here’s an interesting pointer. An Ex FBI agent revealed in his bestselling book “What everybody is saying” that feet are the roadmap to a female’s mind. He claimed that if a girl’s feet are pointed in your direction, even if her eyes are looking away, she’s probably attracted to you. It seems unbelievable, but women behaviour is eccentric, there’s no denying that.

Never Ghosts a Conversation and instantly replies to your Texts

Does she immediately respond to your texts? Have you noticed that she never ghosts a conversation? If yes, then there’s a huge possibility that she’s subconsciously interested in you.

I mean, come on, she must have a lot to do, but she still invests her time and effort in getting to know you better. This can only mean one thing; she’s into you at some level.

I say this with the daunting assurance that if she’s not interested in you, she won’t think twice about leaving the conversation half-way and slipping away right in front of your eyes.