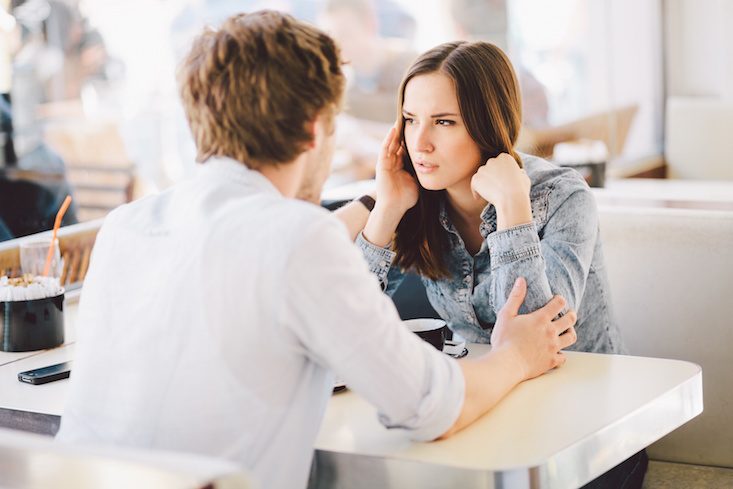 Men are taught their entire lives to keep their emotions hidden away to evade the clutches of rejection.

Even when they are head over heels in love with someone, they refuse to let their guard down.

For them revealing their sincere devotion to the girl of their dreams is not an option.

And this kills their one shot at happiness. They might have their reasons.

Their harrowing past might be to blame; childhood abandonment, insecurities and many factors could be at play.

But if you’re a girl and you have this suspicion that a guy likes you but is trying tooth and nail to fight his feelings for you, you can’t just let him sulk in his miserable state of emotional confinement.

He might not know any better. In times like these, you have to be the wise one.

There are ways you can make sure that he has feelings for you but is petrified of letting them out in the open.

He Remembers Your Words And Likes And Dislikes

Every insignificant conversation, its nitty-gritty details, he stores it in his mind like a treasured memory.

For instance, if you told him that you liked black-forest cakes some days ago and he buys one for you on a special occasion, that’s a telltale sign he is into you.

He’s Desperate To Know More About You

He’s curious about your personal life. He knows that he might come off as creepy if he bombards you with personal questions.

So, what he does is finds other ways.

He stalks your social media accounts, checks out your pictures; the places you’ve visited and liked; your favourite movies, everything and anything that connects to you.

One day, he might surprise you by telling you something that you’ve never said to him about yourself before.

He Shows You the Best He’s Capable Of

Guys are really care-free. They rarely care about what others think of them.

But when they are around a girl they have feelings for; they turn into a different breed.

They become caring and kind and generous. They go out of their way to show the side of themselves that is pure and good.

They shed off the masks that they wear in front of others because they know they can trust you with their emotional vulnerabilities.

His World Stops When You’re Around Him

When you talk, his world stops spinning. He completely immerses himself in you.

You fascinate him like the universe intrigues a theoretical physicist.

His eyes fixate to you like his surroundings have ceased to exist. He admires your opinions and always encourages you to express more and feel more.

He Cares About Your Sentiments

When do you tell him about something traumatic that you endured in your past – whether it is emotional abuse or physical, he admires you for being strong and making it through the tough times.

Instead, he gives you the courage to speak your mind. Even a small victory of yours is like a towering achievement in his eyes.