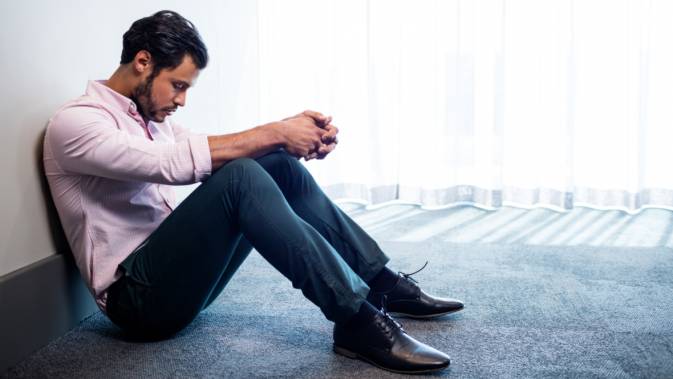 Why do guys fight their feelings?

The fear of rejection can turn affectionate-seeking men into cold-hearted and emotionally unavailable individuals.

When men hide their emotional vulnerability, they often boast about how they don’t care about being rejected or aren’t concerned whether some girl likes them or not.

The truth is that underneath that thick-outer layer of indifference is a person who’s tired of being turned down; they are exhausted of all the promising relationships that always end up in the heaping garbage of heartache and failure.

Men are also reluctant to reveal their feelings because they think that “true love” is a ghost, a deception.

In reality, no such thing exists. It’s only something that is manufactured in touchy-feely movies and TV shows.

Their doubts and scepticism are understandable.

In a society that treats love as a marketing product – something that’s just meant to earn some extra bucks – it’s no wonder love has lost its essence, its real meaning.

Sometimes, the responsibility of making men believe in love and eviscerate their emotional defences falls on the shoulders of women.

Men will always give away little hints and clues to lead girls on. It’s up to them to catch their drift.

Here are some subtle indications that a guy is into you.

Eyes are the mirrors to one’s soul. They reveal everything – from sadness to vivifying joy – it’s all reflected in them. You have to look closely, more observantly.

If a guy likes you, he will notice everything about you; your quirks and how you touch your hair and walk; how your face turns ashen with fear or how your eyes drop down when you’re sad.

Just look at how he stares at you. Does he turn away his eyes as soon as you notice him?

He certainly has interest in you but isn’t ready to accept it just yet. That’s why he’s acting the way he is.

He’s Always The First One To Talk To You

Men are not that chatty. They don’t like to talk much, well not most of them.

If a guy goes out of his way to strike up a conversation with you, that’s a massive giveaway.

He can talk to a million other girls. However, he chooses you whenever he wants an opinion or advice.

This is his way of making you an active part of his life. Get the hint.

He Remembers Your Birthday And Every Other Special Occasion

From your birthday to your first day at a job, he remembers it all like clockwork.

He’s the first one to wish you on your birthday. He makes all the arrangements for your surprise birthday party.

He makes sure that you don’t feel alone or underwhelmed on special occasions.

Come on, why would he do all of this? There’s only one answer to that question: you’re special to him.

He Gets Worried In Your Absence

When you genuinely care about a person, one thing you do is make sure that they’re safe and well, both emotionally and physically.

You don’t just let them sulk in sorrow or leave them hanging when they’re sick.

When a guy texts you several times a day with this simple question “Are you okay?” it means he is actually concerned about you.

Does he call you when you take a day off from work?

Well, all of these are signs that he has affection for you that runs deep, down to the core of his heart.