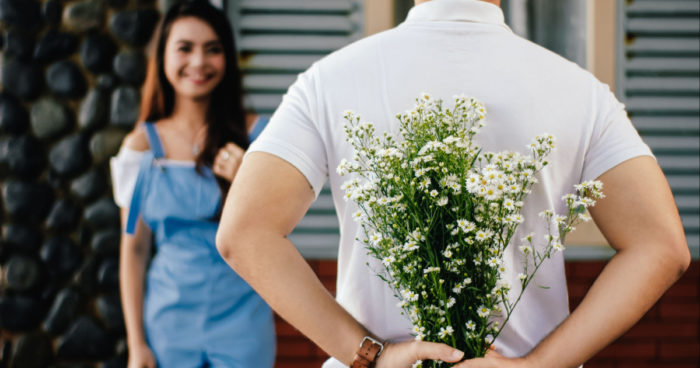 He wants to talk to you the most. He laughs at your jokes the hardest, even when you know they aren’t that funny.

He finds excuses to get close to you. He mimics you. But does all this mean he is attracted to you? Can you even tell such a thing?

When it comes to men, they are often hesitant to show their interest in a romantic way.

With the right knowledge and practice, you can read them like a book (keeping in mind individual differences, of course).

A man’s body language, how he uses his verbal communication with you and for you.

The way he tells others about you, what he notices in you and what this man doesn’t.

What he appreciates and what he will accept. Such elements indicate loudly where his intentions lie.

So keeping in mind the commonly observed signs in men.

Here is a list of the things you can look for to find out whether he’s attracted to you and is looking to start something up.

If not then it’s just one of those things you tell your friends over drinks and move on.

1. How’s his body language around you?

Do his eyes sparkle brightly when he talks to you?

Do you catch him staring at you a lot?

Does he give you that charming smile one can only give with the eyes?

Is he always finding ways to touch you, even if it’s a small touch on the back of your hand?

If it’s yes to all these (and other such body language signs), he finds you beautiful enough to make you an object of keen observation.

2. How’s his verbal language with and about you?

Does he go the extra mile to get to know you?

Does he lower his voice to a heavy-set one while talking to you? Does he nod a lot while you talk?

Does he tell his friends about you?

3. Does he let his guard down?

Despite what you may have heard, men do let their guard down even when the other party’s interest in them isn’t a sure thing.

They also know that trust is a two-way road.

For yes, despite how cliche it may seem to some, he might be leaving clues.

You can see them in the way he teases you and flirts with you that he’s attracted to you.

The right guy will be different in showing his interest in you.

Because he will go out of his way to let you know he accepts you just the way you are, nothing more or less.

Attraction doesn’t live up to its name unless you don’t spoil the object of your interest a bit.

It can start from flowers to bringing you your favourite takeaway meal when he comes over.