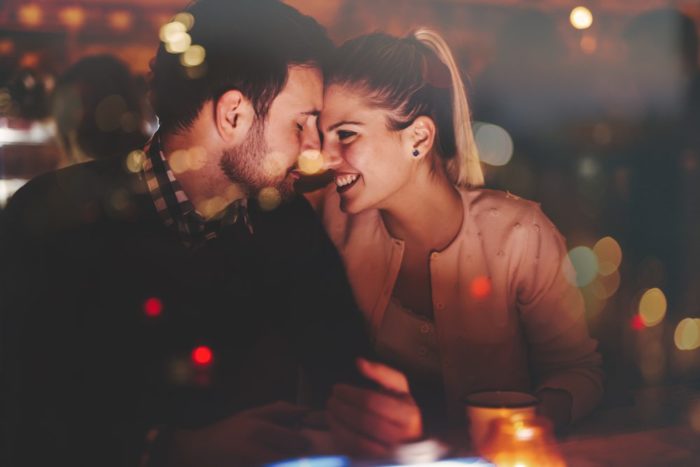 What you do speaks so loud, they cannot hear what you say.

That is the effect of body language, the language whereby non-verbal communication occurs based on your stance, posture, glances etc.

Researches are being conducted in various fields today, topmost being psychology, where researchers try to understand the psyche of living beings just by studying their body language.

The subconscious mind controls body language; so it rarely lies.

There’s a reason people buy thousands of copies of such books which give clear analyses of different types of body language signals and symbols.

On closer inspection, you’ll come to realise those people share a common reason in buying those books to get better at reading body language especially of someone they think is falling for them.

So below is a quick look at some of the commonly occurring body language signs, shared by both males and females, that are ruled by their feelings of love.

If you observe any in yourself or someone else, chances are the language that of love.

It’s one of the most exciting body “tells” whereby tells are those physical signs a person exhibits unconsciously.

Interpreting these tells guides in better understanding someone. A lean, relaxed posture is a sign of general feelings of trust and love.

If they’re sitting far from you, someone who loves you will cover the distance to get close to you.

To listen to you better. To touch you better…or even to stare into space with you.

You might have noticed friends being close to each other in their setting, whereas the same people if you put them in a much more formal environment.

Such as standing before their bosses, for example – will keep a distance between them and that official.

When someone loves you, they’ll try their best to listen to you more attentively than they would listen to someone else.

They’ll focus their gaze on yours, put their hands below their chin as they lean towards you, turn one ear in your mouth’s direction and so on.

It’s a known fact that when someone loves you, the tone and pitch of their voice will automatically turn into a more lighter, jolly, welcoming one.

And to some people, this might be the ultimate way of letting you know they love you, by sounding pleasant.

When someone loves you, you occupy the back of their head.

After a particular time, they unintentionally, subconsciously mimic your behaviour in some way, like the way they move their hands as they speak.

Psychologists have hinted at signs in human behaviour whereby one touches or makes a note of their body’s most vulnerable parts, mostly the neck and wrists etc., in front of someone they love and trust.

It’s their way of saying “I love you, so I’m okay with being vulnerable before you.”